So there I was posing for some nice family photos at Little H’s newborn shoot and suddenly felt a gust of blood. I ended up losing about 4 cups of blood and had to get an ambulance to the hospital.

I was lying in the emergency ward at the hospital I gave birth at surrounded by people whom were in drunken accidents and some were just sick. I was pretty stressed out because I didn’t want Little H who was only 9 days old at the time to be in this germ-riddled place. The Dr that we had was only a general Doctor, not an Obstetrician or gynaecologist (very reassuring), he said the bleeding could be a few things and that I probably needed a blood transfusion. Yep “holy shit” I thought to myself, and you could guess how worried Ryan was too as I was still losing quite a lot of blood. The Dr went ahead and checked me internally, which I totally didn’t feel comfortable with but with childbirth so many people had been down there I may as well be a McDonalds Drive Thru.

After a few hours and no conclusion, they sent me home with some bloody antibiotics. Even the nurse we had thought the way it was handled was all wrong. The Dr just said I “may” have an infection. We got home that night and I felt very off, lightheaded and my gut was telling me something wasn’t right. My milk supply was dropping by the day, which was very upsetting as I felt I wasn’t satisfying Little H.  She went from feeding every 4 hours to every hour which a lot of people tried to reassure me it was just “clusterfeeding” but my mum instincts told me in fact she was hungry because I didn’t have enough milk. So after a long night of feeding I rang the birthing unit and demanded that I go in and get the Obstetrician check me for retained product.

I had done some research on retained product and it made perfect sense as to why I was feeling off, losing blood and also why my milk supply was dropping. My lactation consultant Louise (who was also my midwife) also said she thought it was the case. I knew if the product wasn’t removed that an infection can easily lead to blood positioning and even death (which unfortunately a lot of my friends knew women who had  passed away as it wasn’t handled correctly). The birthing unit said to come in as I was still bleeding along with blood clots. I went in and the Ob did a bedside ultrasound (mind you it looked like an old apple computer) and said there was some retained blood but its normal and nothing to worry about. We left the hospital semi-satisfied… until my milk dropped so much H was screaming for food and a week later I was still bleeding blood clots. I went to my GP who sent me for a proper internal ultrasound, and they found that I did in fact have retained product. I fucking knew it!

I felt like everytime Little H, Ryan and I were trying to settle into our home as a family something would happen. My milk dropped so much we had to start topping bub up with formula. I was devastated as I was planning on breastfeeding for a least 3 months, I felt like a failure (the joys of mum guilt). It really was a shock to the system from having a shitload of milk to not enough.  At the end of the day H had to be fed and any mother’s out there that are struggling with milk supply just remember it is NOT your fault and as long as your baby is fed that’s the main thing. No mother is better or worse for breastfeeding or formula feeding. It is all about feeding your baby no matter how it is done!

The retained product meant I had to have an operation to get it scraped out (pretty sure my vagina is going to have post-traumatic stress disorder after all this). Ryan and I had more than enough of the public hospital with all the crap they put me through (unfortunately I was outside the waiting period with my health fund) so we decided to pay for the operation ourselves and it was worth every cent. The care at the hospital was amazing and everyone was so friendly. This was the first time I had to leave H for more than half an hour and I was quite anxious and emotional when I said goodbye to her. I trusted Ryan 100% with her alone but it felt like I was missing my right arm. You think about it, your baby is part of your body for 10 months and then they aren’t with you anymore, it felt so odd. 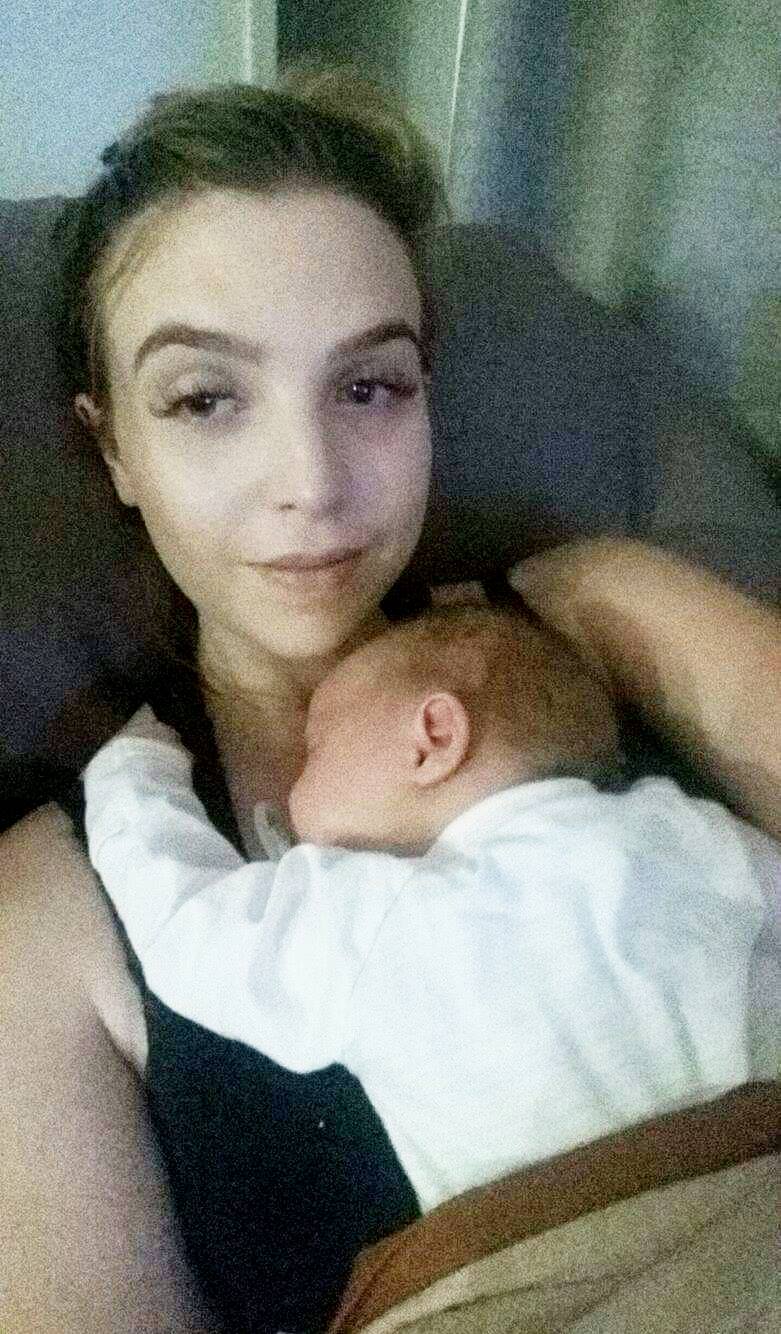 My mum took me to the hospital and to be honest I was so bloody excited to be put to sleep, that is when you truly know your severely sleep deprived. I even asked the nurse if I slipped her a 50 would so leave me out for a couple of hours. I awoke from the operation and was pretty sore down there, I’m guessing because the procedure disrupted the stitches a bit. I knew I was pretty out of it because I realised I told the red-headed male nurse that he looked like Ed Sheeran and then fell back asleep.

After I spent a couple of hours in recovery my parents came and picked me up and took me home I was so relieved to see Little H. That night I managed to get a block of 4 hours sleep which is the most I had in 3 weeks (sad I know).  The anaesthetic was fine for breastfeeding and I noticed the next day an increase in my milk which just shows how much these things can affect your supply.

I felt like after I recover from this we can finally go back to settling in as a family.  All these complications with myself and feeding definitely caused me a lot of stress along with caring for a newborn and being a new mum. I learnt from this experience to always trust your gut. I had Drs telling me it was all normal and I am very lucky I went and got a third opinion as I turned out to be right.  A couple weeks after the operation I felt like we were finally able to enjoy this new life we had created with our little girl. Becoming a mother completely changes your outlook on life and makes your value your health, those around you and even the little things like wearing a shirt not covered in spew. I am excited for what the future holds but right now I’m living in the moment and feeling very blessed.