To read about our journey from the beginning click here

We were at the Dr’s for our 38-week check-up and I was given the date that I was to be induced, along with a pamphlet of the procedures that will take place. It was like you were reading a travel brochure, except they were showing you all the things they were going to be shoving up your hoo-ha. I found knowing the date I was going to be having Little H hard to wrap my head around. It’s a surreal feeling knowing the day you’re going to be having your baby.

The day came where I was to go to hospital to start the long induction process, surprisingly I was more excited and just a bit anxious to get it started already. So I had Little H’s and my bags packed and off we went. I kept looking at my belly and thinking about how soon it won’t be there anymore which actually made me feel a bit sad.
We arrived at the hospital and I was given a room which I had to share with a lady and her newborn (poor woman). The first step was inserting the gel into my cervix (the trap door where the baby comes out). So the midwife went ahead and inserted the gel into this secret compartment of my vagina I never knew about. They said it can cause “gel contractions” and make you crampy. A few hours passed and I still felt fine, Ryan and I were doing crosswords, being silly and just having a good time. He wasn’t allowed to stay with me as it’s the public hospitals policy and I wasn’t in active labour. So he left about 9pm and I just relaxed in my bed and played on my phone. Then it started. 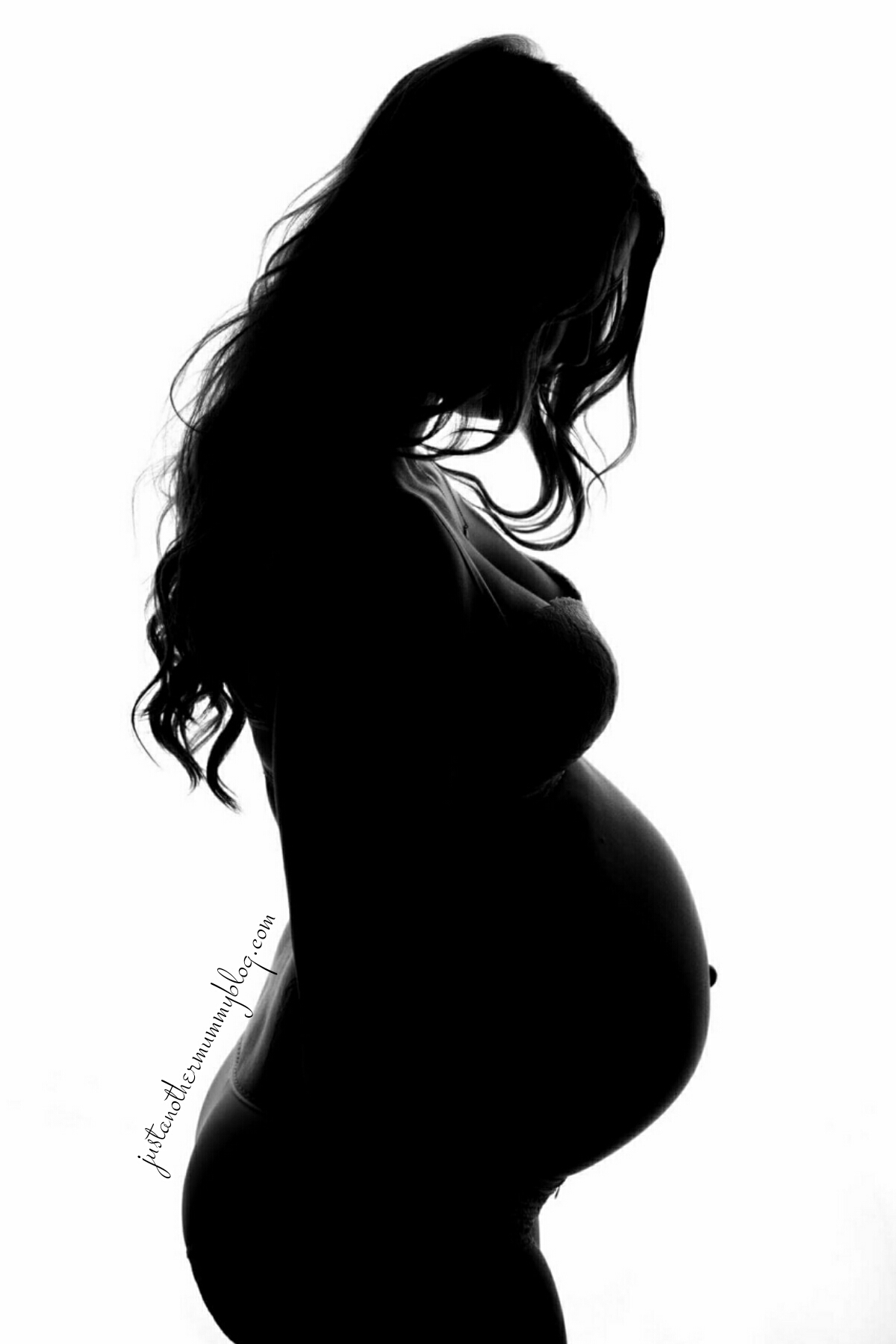 Apparently the gel caused my uterus to become overactive and gave me constant contractions and in between I was still in pain (these ended up being more painful than half my actual labour). The midwife said I didn’t react well with the gel and with my next baby definitely don’t have it, which was very comforting (not). The worst part was they wouldn’t let Ryan come back because they didn’t classify this as “active labour”. So there I am all alone in ALOT of pain trying to be quiet as I had a bloody newborn baby right next to me. The midwife came in at 1am to check how my cervix was progressing and after all of that; nothing, IT WAS EXACTLY THE SAME….

I felt defeated. I knew if my cervix didn’t progress a C-section would be likely. There I was laying in crippling pain in bed trying to breathe through the contractions and attempting to wrap my head around it all. The midwife went and put MORE gel into my cervix, hoping I would progress even a little bit.  Of course the pain got worse and I spent the whole night crying in the shower…..alone.

The morning came, it hit 5am and my waters broke!! Finally, my body doesn’t totally suck! I went and told the midwife that was on duty and she didn’t believe me! She was trying to tell me I probably pissed myself….I gave her the biggest evils I was capable of.

The midwife reluctantly followed me back to my room telling me to wait until 7am and then BOOOM… my waters went all over the bed (sucked in bitch). I was now in proper labour and my natural contractions began which were A LOT better than the shitty gel ones. I was transferred to the birthing unit and Ryan was there not long after along with my privately hired midwife Louise. My contractions at this point were painful but I found them easier to deal with compared to the ones the gel had caused. By this point I was just so exhausted from being up the entire night and with zero sleep it made me wonder how I’m going to last much longer.

A couple hours passed and my contractions were not frequent enough so they started the syntocin drip and then things really started to kick off. Unfortunately, I had front AND back labour (double whammy). So Louise was doing pressure points on my back and I had a heat pack on my front whilst Ryan tapped my arms to distract me from the pain. I had done a Calmbirth course a few weeks beforehand, which really helped me learn how breathe through each contraction. I also read “Birth Skills” which taught me techniques to manage with the pain. These skills combined with my midwife and Ryan really helped me to cope. After a while the pain got worse and I went to the shower and started using the gas (which I thought was broken but made Ryan nearly spew).

My husband said he thought I was going to die because I was just so quiet (which is not like me at all). I found I had to go within myself, count through each contraction and force myself to be calm, otherwise any stress made the contractions worse. The back labour was horrible so Louise suggested sterile water injections. This is just sterile water injected into parts of your back BUT it came with a catch, it stings like a billion bloody wasps! I had to try with all my might to stand still as my legs were shaking uncontrollably. The relief came to my back after a couple of contractions and it was amazing, now I could just focus on the pain at the front. Unfortunately, the relief only lasted half an hour which was a bit of a letdown but worth it.

The gestational diabetes and insulin usage throughout my pregnancy meant I had to have the monitors hooked up to bub the entire labour. This was sooooo shit. I had cords coming off me everywhere and because I was in the shower we kept loosing bubs heartrate. The midwife then said because of this they would have to get me on the bed and keep an eye on baby for a while. This is NOT what you want to hear when water is the only thing keeping you going! I was in labour by 8 hours by this point, they examined my cervix ……and NOTHING. My cervix hadn’t changed at all. I was absolutely gutted AGAIN.

By this point I had been up for more than 24 hours and even Louise was so shocked with how I hadn’t progressed even though my contractions were strong and so close together. What happened next was interesting….

The next hour I managed to dilate from 2cm to 10cm!! It was horrendous. There was a point where I was hoping I would just pass out from the pain. I asked Louise if I had shit myself (no shame at this point), she looked down and said “babe you’re ready to push”. I was so exhausted and knew most first time mums take at least an hour to push so I asked them to turn the radio up so I could pump myself up for what was to come.

Then 9 pushes and 15 minutes later she was out (thankyou gym). 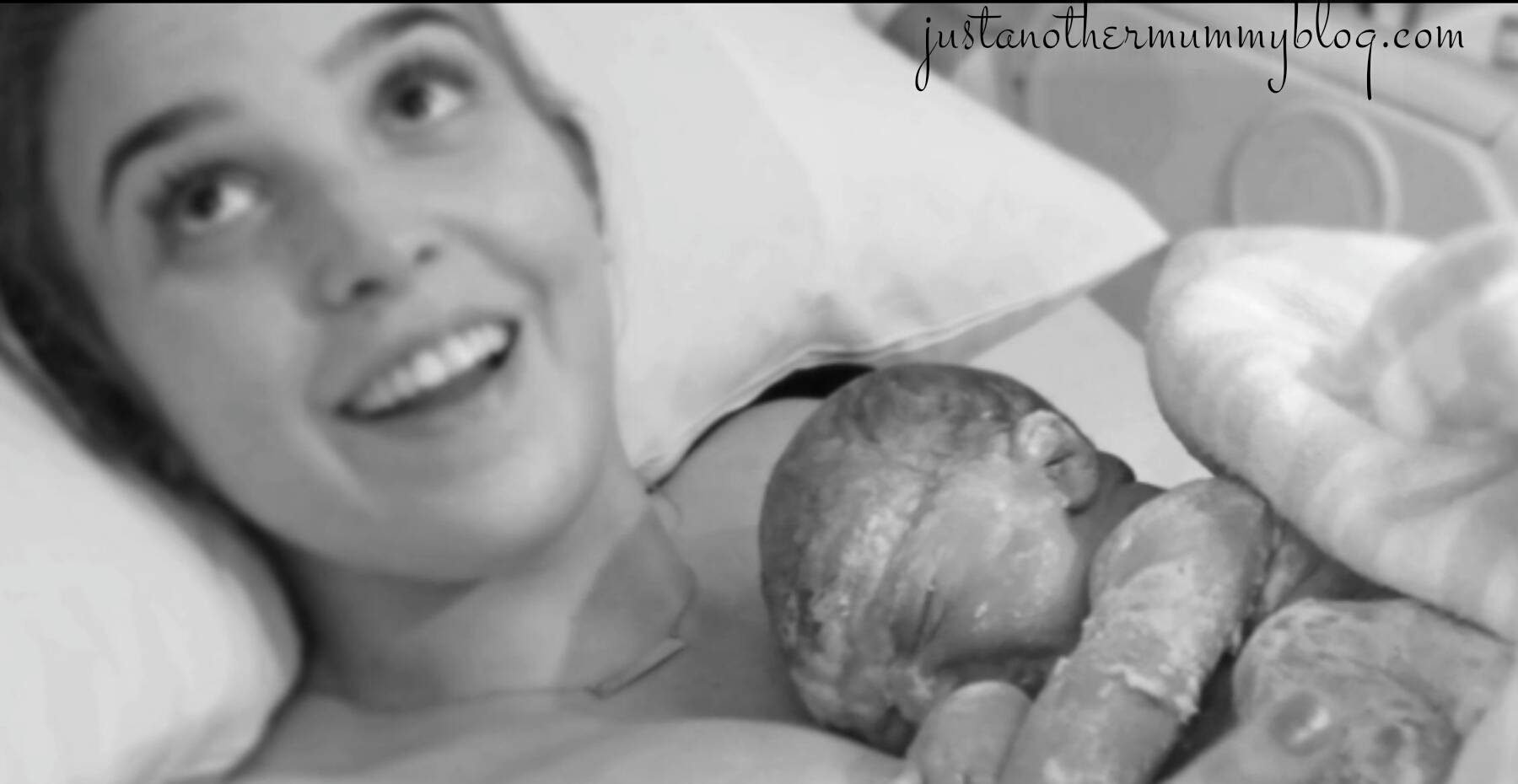 They placed Little H on my chest and we both stared right into each other’s eyes….it was the most incredible, stunning, indescribable, amazing moment of my entire life. I was in shock that MY baby was here and she was healthy and all mine. Little H let out a little cry and I just wept. She was so beautiful and pink, her eyes continued to stare into mine and I felt like time had stopped. I looked around the room to make sure it was all real. The pain vanished and all I felt was love.

I ended up with 2nd degree tears (one which was an internal hematoma). But with everything that lead up to this moment, it was worth every second. Ryan couldn’t stop staring at her and then turned and looked at me amazed at what I had just done. This entire moment I will NEVER forget. We spent the first 2 hours of Little H’s life with her on my chest just breastfeeding and cuddling. It was bliss. Life had just begun.