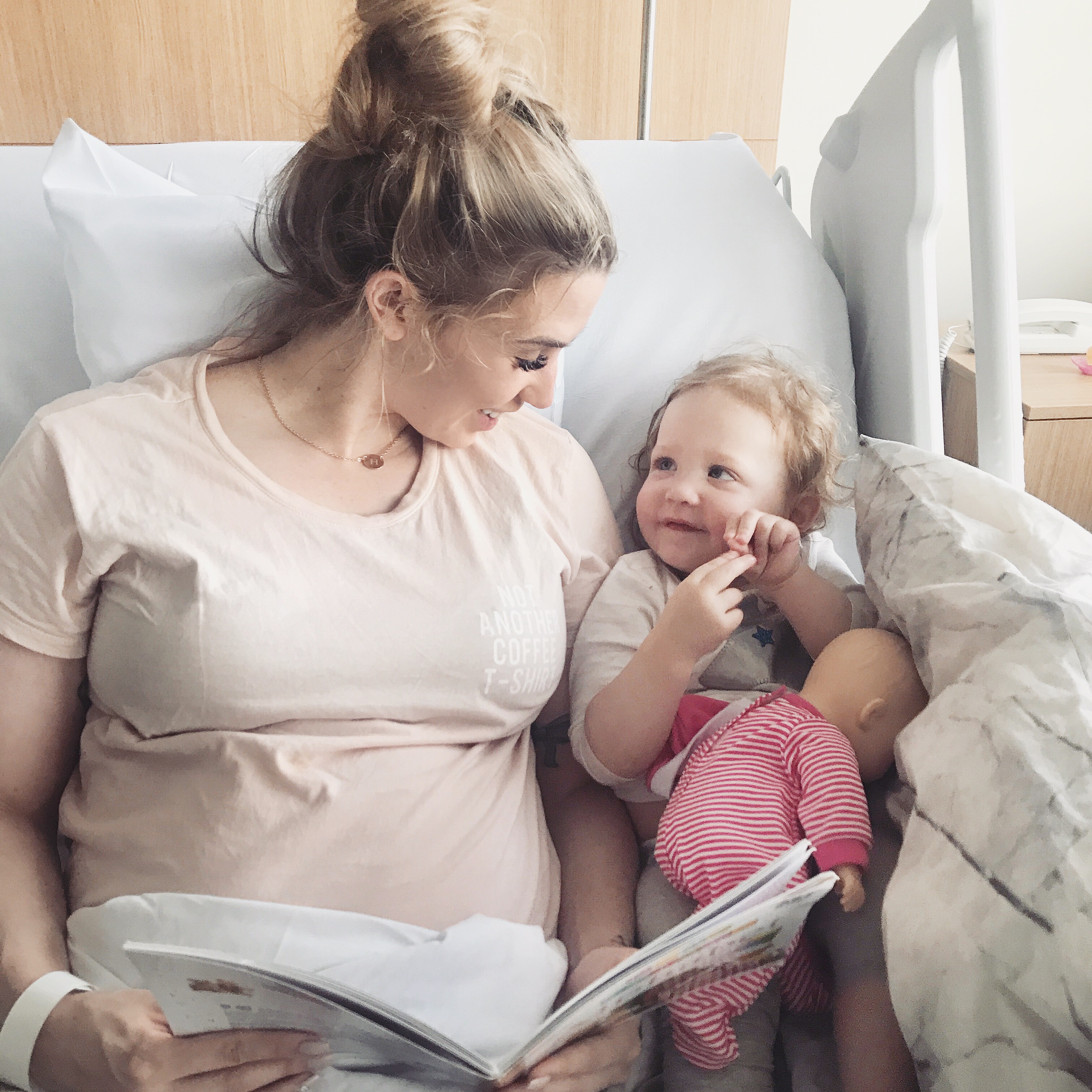 Our bodies work in incredible, sometimes scary ways…especially when your pregnant. I knew I would hit a metaphorical wall eventually I guess I just didn’t know that wall meant hospital and I would basically be bed-bound for days unable to lift a finger without being in agony. Little did I know all the care I was putting into everyone else like , cleaning, cooking, dressing Harper, even wiping her ass- I would soon find myself on the other end of – literally having someone have to wipe my ass for me.

Now I knew being pregnant with a toddler was gonna be a challenge but f#*k me those days when she’s impossible (96% of the time) and my body is getting bigger, throw in some sciatia and a rotated pelvis I assumed that daily pain would be the worst it would get..I was wrong.

I had been saying to my husband and Mum for months now that I feel like my body literally has nothing left to give and that soon I won’t be able to give anymore and I was right.

It all began a couple weeks ago when I would wake up feeling as though I hadn’t even slept a wink (which I ignored because heck it’s pretty common to be exhausted when your pregnant and H was teething so sleep as usual was/is a luxury). However this fatigue got to a stage where all I could manage was to care for Harper and I would just lay there buggered. I didn’t feel “sick” but I knew my tank was very much empty. My life, work, housework, running a blog along with trying to be my active self started to become impossible. As a mother you can feel your being pulled in a million different directions everyone needs a piece of you.  As I learnt you need to be careful you have some of YOU left for yourself.

It started when I woke up one morning and my entire body felt like it did a hectic workout ..which I haven’t. I found this so odd – especially when I usually train 6 days a week and even during this pregnancy I wouldn’t get sore-BUT the even stranger thing was I hadn’t exercised at all so why the hell were all my muscles tight, stiff and sore? I told Ryan and my mum and a few people kept saying it was the flu..except this was so different. It was nothing at all like a flu ache it was more intense and a different sensation and I wasn’t sick.

Each day it got worse so I went to the Doctor and ended up passing out. I got to the point that moving any part of my body was quite painful and it would make me light headed then I just fainted. So I went to hospital. They monitored baby and I, ran some bloods and were happy to let me go home to rest. I assumed from here my body had to feel better as I thought it was impossible to get any worse. By this point walking was difficult, as was siting and opening things like packets and bottles etc. Then it got worse.

The next day at home I was forcing myself to have showers every hour to try ease the muscle soreness and stiffness. I found hot showers and panadol were something to help make it easier to move – but then this stopped working. I got to a stage that afternoon I physically couldn’t reach my arm out, walk, sit, roll in bed ..ANYTHING without Ryan doing it for me because it was such excruciating pain. I have a relatively high pain threshold and I was also someone who didn’t make a sound during labour so when moving would make me cry out in pain Ryan knew it was serious.

Ryan ended up having to dress me, shower me, take me to the toilet- it was ridiculous! I was so frustrated and confused as to why my body was doing this. That night was just the beginning of how much pain I was going to be in. There I was laying in my bed feeling trapped in my own body unable to move and honestly I got to a point I was too scared to move bacause of the pain. It was like I tore every single muscle in my body I could even feel the muscles I use to chew in my jaw. Everything was stiff and in agony.

The next day I was meant to go in and see my obstetrician to get blood results back as we originally assumed I had low iron. I couldn’t get there as every step I took with Ryan’s help I was cry in pain- it felt like my body just wouldn’t work. So instead Ryan went in to get the results and I was stuck in bed and obviously I couldn’t move or  go to toilet on my own so had to hold it in for 2 hours until he got home.

My hands were starting to get really bad too so I could only hold my phone for periods of 4 minutes at a time before it was too painful. Staring at the wall is something I’m pretty good at now cause I did it for days. Ryan explained my state to the obstetrician and he said to take me to hospital to be admitted. We organised for my mum to take Harper and off we went to hospital (silly me thought I’d be back home by that afternoon).

The first day there basically was being asked questions and getting the right equipment to help lift me out of bed, wheel me to the toilet without much movement from me. Every toilet trip was a long painful process and I even got anxiety soon as I felt my bladder was full. I couldn’t use my arms, even sign a piece of paper without shuddering in pain.

I remember laying there in the one position for days and just thinking to myself “this seriously cannot be real life”. From having an active lifestyle even during pregnancy to not moving at all was just a huge shock to the system. When I didn’t improve the next day that’s when we all got scared and even talk of my condition as a semi permanent thing was said my heart just shattered I couldn’t even let myself think that I could be like this for weeks, months ? No way I just couldn’t let my mind believe that was even a possibility.

The stress and sadness I felt when Harper would come in to see me because she didn’t understand why I wasn’t hugging her or even reaching my hand out for her was shattering. It broke my heart. I thought it was sad when I could no longer pick up my own daughter let alone not reach out to her anymore. Safe to say I cried a lot and I hadn’t seen Ryan so concerned and worried in my life. He was so distraught- worried about me but also so stressed about how we could possibly cope having his wife in hospital full-time with a toddler to care for too.

Blood tests and swabs were done and I waited for results. Basically we were all baffled. The doctors said the body can do bizzare things when pregnant and stressed and that when or IF I get better I need to start getting more help at home to prevent my body shutting down like this. When a body is under a great deal of stress for a long period of time it can do strange things in order to protect the baby..it’s as if my body has had to physically force me to stop all together.

The treatment to help with severe muscular soreness wasn’t an option as I’m pregnant so basically because we didn’t know the exact cause it was just rest (like I had a choice anyways) and pain relief. I would see the physio daily to see any improvements. I also had to wear stockings and get injections daily to prevent blood clots due to being immobile. They also would put a calf compressor machine on my legs to prevent clotting also and try to keep the muscles from going backwards in progress. Then one afternoon I lifted up my drink bottle all on my own – I looked at Ryan with a huge grin and said “Look what I just did!” We both grinned at each other excitedly because we knew that I wouldn’t be like this forever and I WAS finally improving ! I thanked god a million times that day because I honestly thought this could of been my life now or a least for a while.

From there I kept being able to do more and more things, hold items in my hand, brush my teeth, read a book. Then I got to the stage I was sitting up unassisted and then I got to even walk by myself using a frame! This stage we still had no definite answers but I was honestly just happy to be moving again.

You could imagine how many messages I received asking what it was everyday (which was very sweet as people were concerned) but it did get frustrating for me because I didn’t even know myself and explaining it was so hard as it was just something you’ve never heard of before. As someone who suffers with anxiety being in hospital in this situation alone was definitely a huge challenge but I knew the only option I had was to be positive- and after I started improving I couldn’t help but be happy cause I knew how bloody lucky I was.

I can say this traumatic time really did change my outlook on life. I would like to think prior to this I was a grateful person but now I was grateful for everything and especially for what blessings my body gives me daily. Being able to hug Harper again was just euphoric and the smile on her face when I could once again hold her on my lap was beautiful.

I’m still slowly progressing and this can be very frustrating at times because I just want to be my best self for Harper and recovery is taking a lot more time than I thought. I am able to walk and do most day to day activities but my fine motor skills are still lacking. I just need to keep positive and trust that with time I will hopefully start to feel like myself again. I do believe there are more answers to my experience and condition.

What happened to me is still mind-blowing but also such a huge wakeup call for me to realise as much as I like to think I can do everything -I really can’t. Mothers take on so many roles and have such huge responsibilities but we ned to remember that if you don’t look after YOU then you are not good to anyone else. I have now learnt I need to take help when its offered (which is a skill I’m still working on) and the washing and cleaning will always be there but we may not. Don’t let the importance of running a household and a family override the importance of your physical and mental health. I can only hope another mother reads this and it gives her the wakeup call that she needs.

You can’t pour from an empty cup. 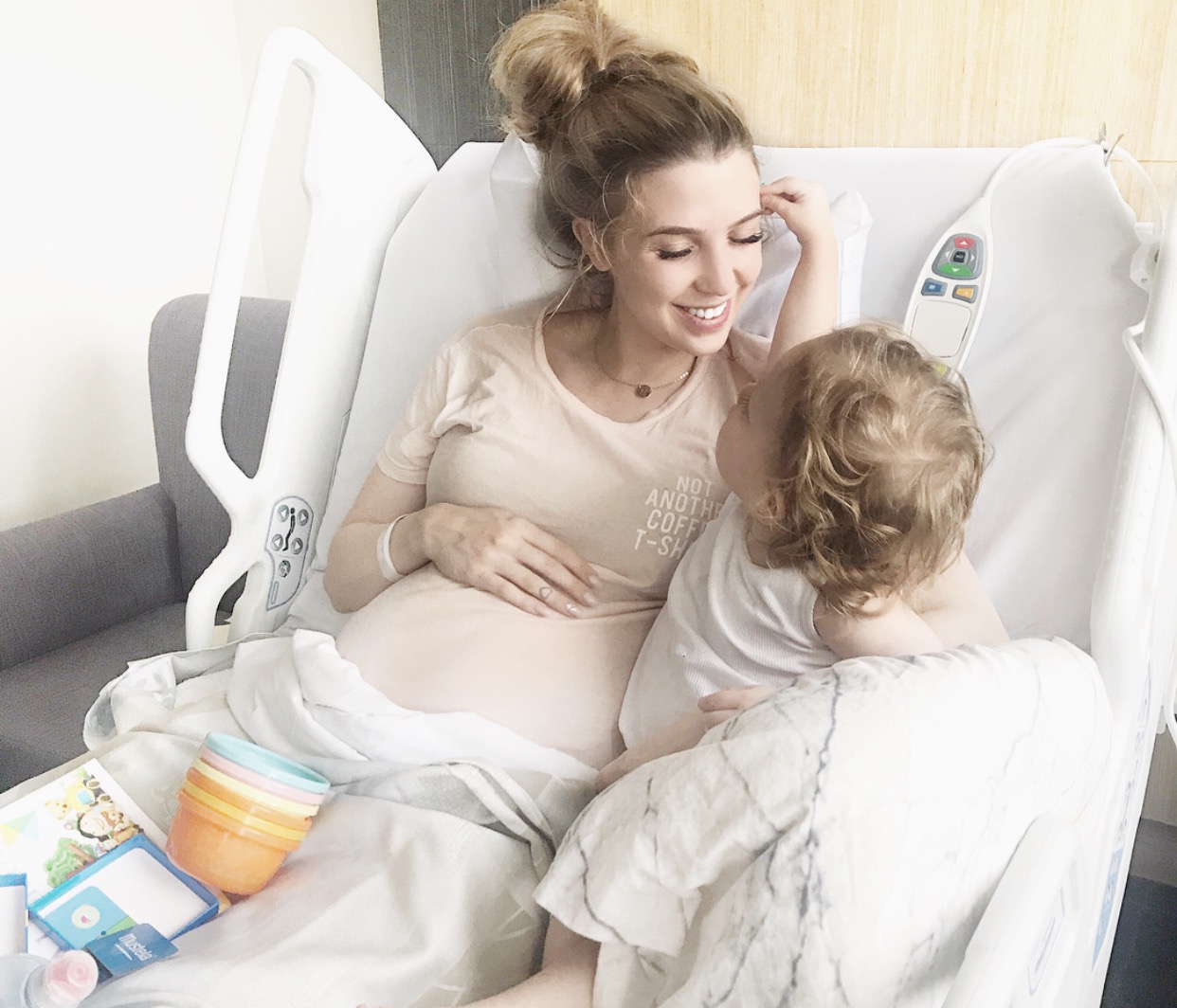 FIRST DAY OF SCHOOL: Survival Guide for Parents and Kids

It’s hard to believe we’re at the start of another school year. If you’re…

Copyright © 2023 Steph Pase Just Another Mummy Blog
Back To Top